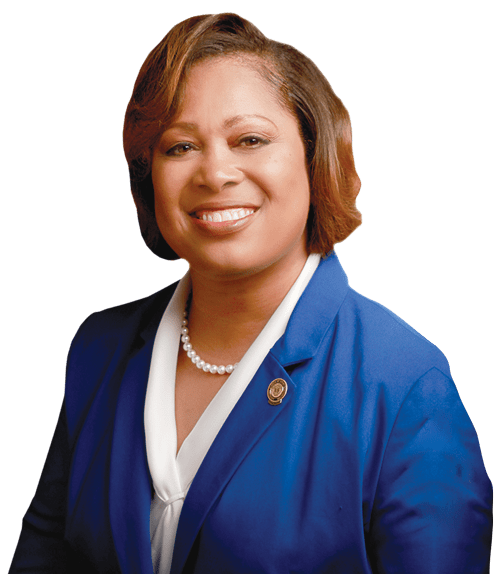 Being your Clerk of Civil District Court for Orleans Parish continues to be exciting and rewarding. During my tenure, we have made advancements within the office and services offered. I have added additional customer service options, such as a first-floor filing area, senior research clerk, and increased the use of technology, to better serve the community.

During the last year, like many others, our office has faced many challenges due to the on-going COVID-19 pandemic. Throughout this difficult time, our team has been dedicated to providing prompt, knowledgeable, and professional service to the Court, members of the bar, and the public. Our mission is to serve the public in an efficient, effective, and ethical manner and I’m proud of our team.

Thank you for entrusting me as your Clerk and for your ongoing support. 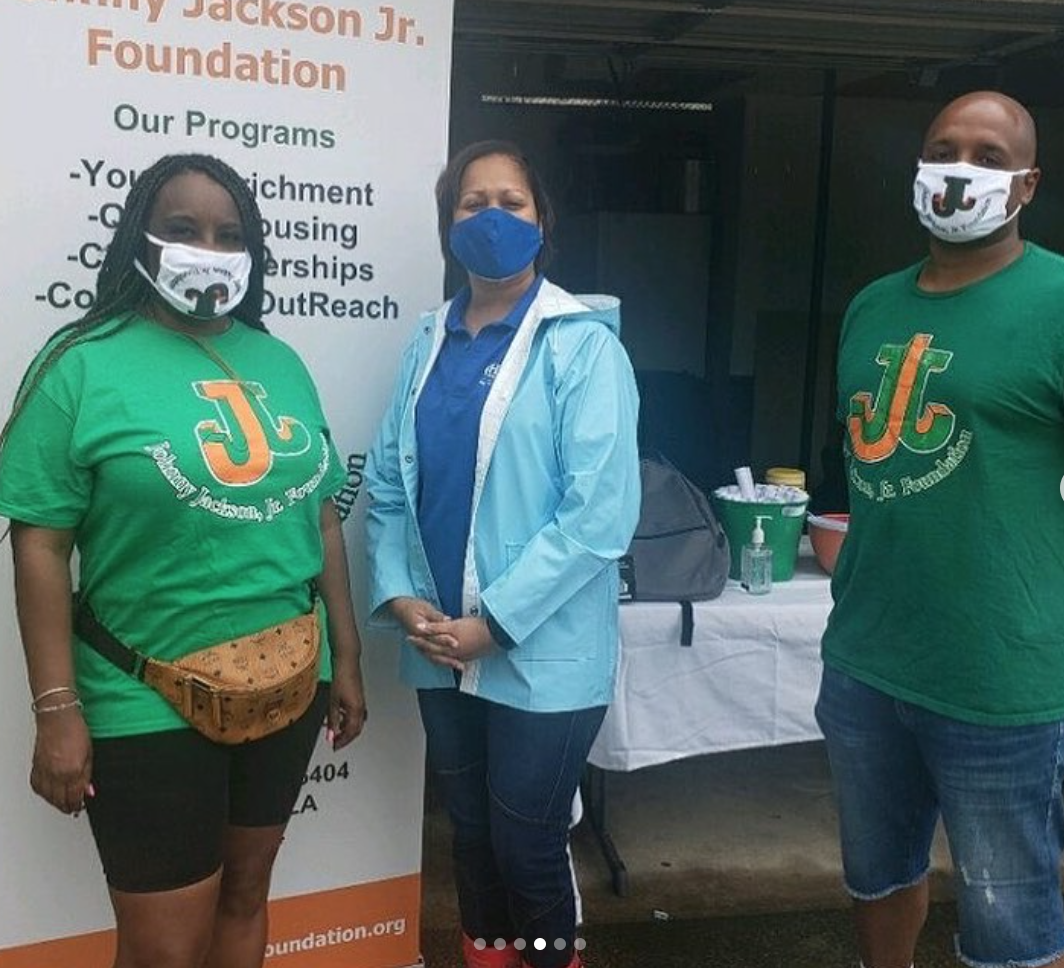 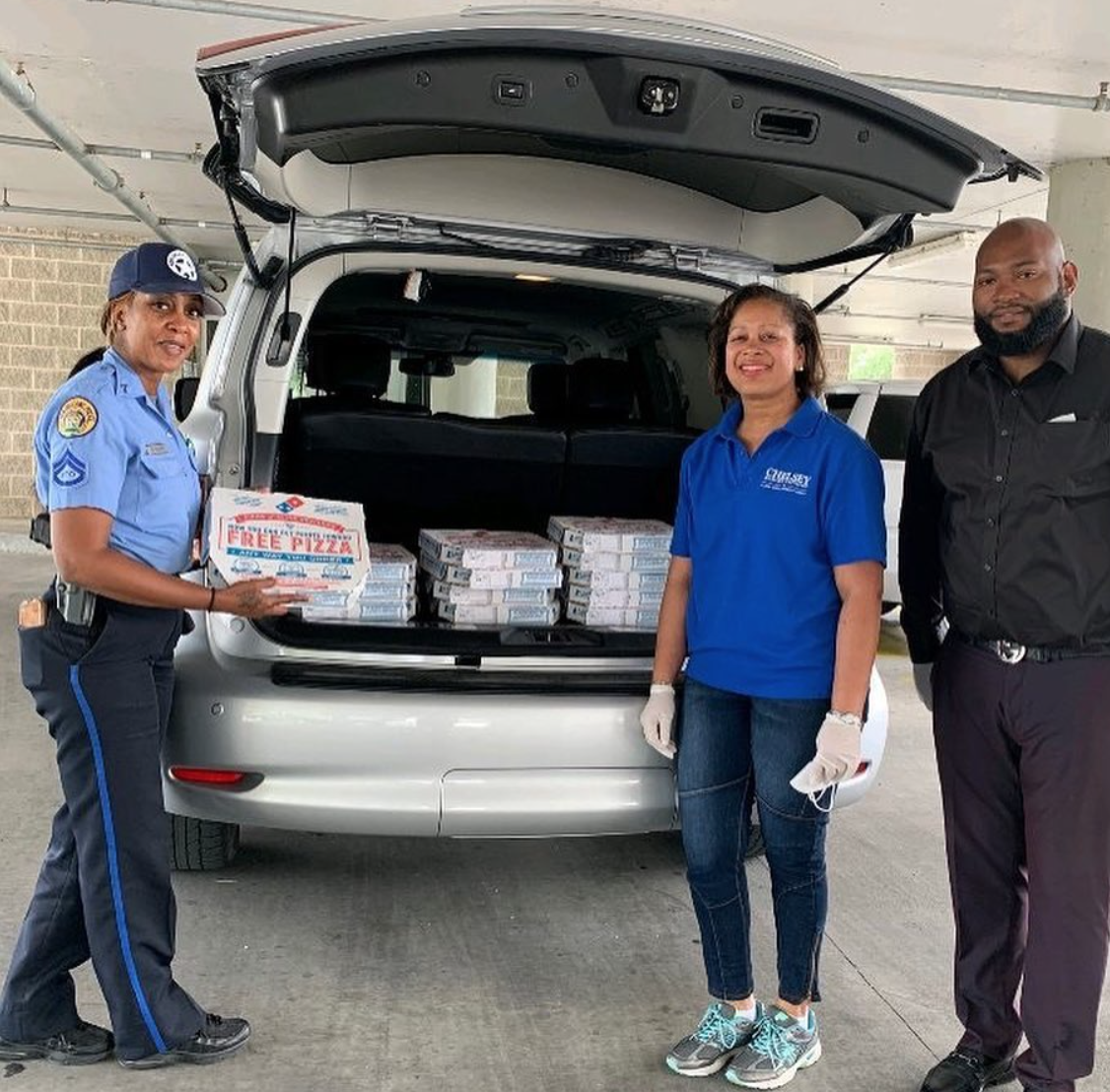 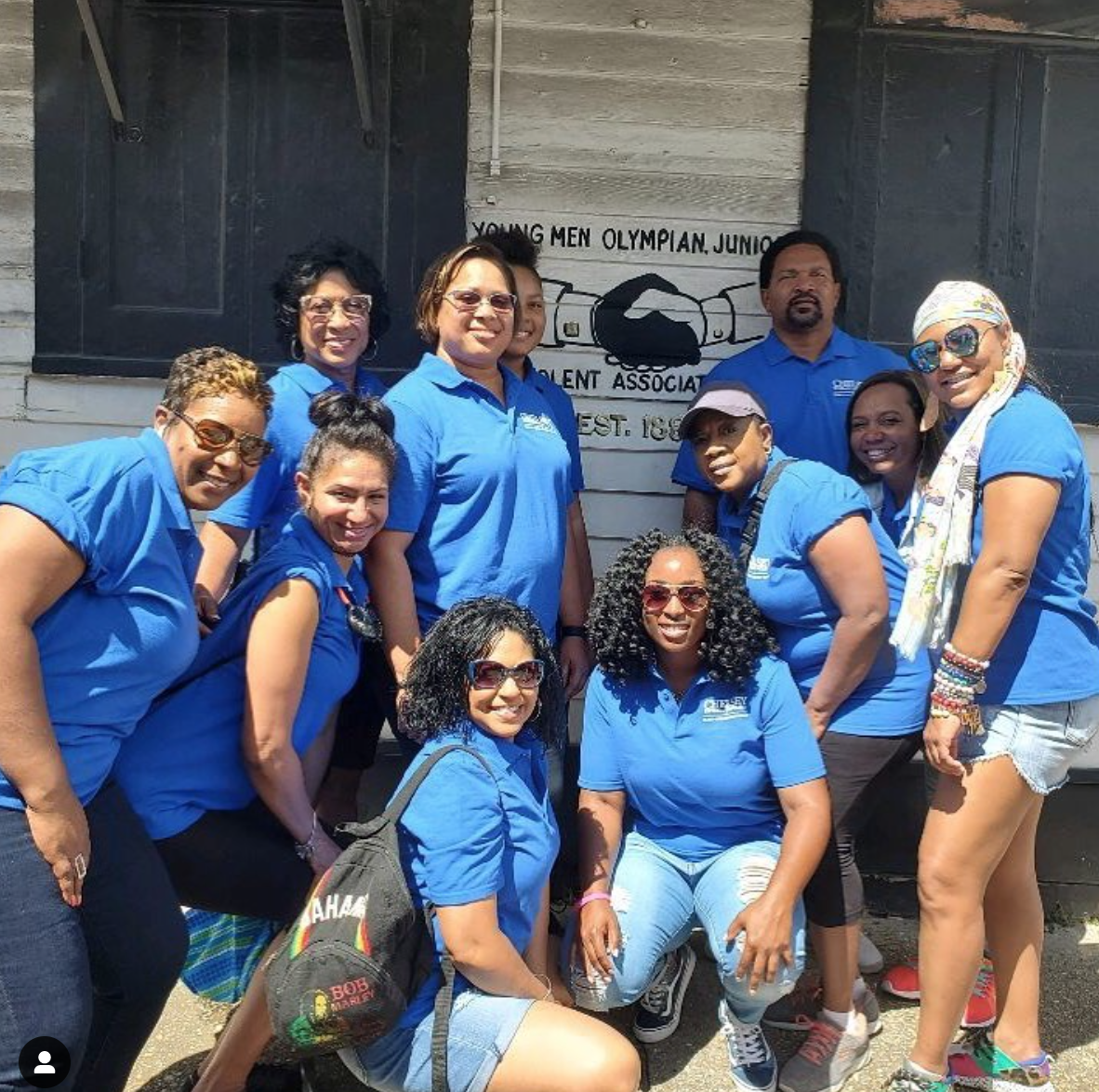 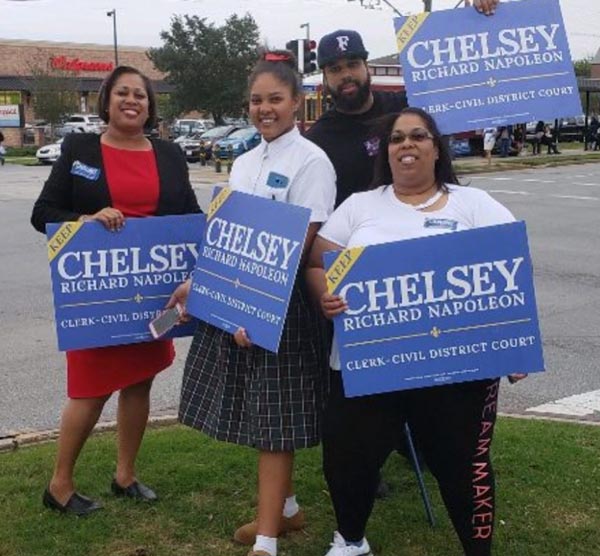 Chelsey Richard Napoleon is a lifelong resident of New Orleans. Growing up Chelsey learned the importance of academic achievement, hard work and service to the community. Her father worked with a communications company for over 30 years. Her mother was a homemaker and clerical worker.

Chelsey is the elected Clerk of Civil District Court. She has worked for the Clerk’s Office approximately twenty years including having served as Chief Deputy Clerk for over eleven years.

Chelsey returned to the Clerk of Court’s office in 2002, having worked there previously. During that time Chelsey attended Loyola University of New Orleans, College of Law. She attended classes at night while working full-time at the Clerk’s office during the day and raising a family. Chelsey received her Juris Doctorate in May 2008.

Chelsey believes strongly in service to the community. She has been a member at St. Paul the Apostle Catholic Church for over 35 years. She has served in many roles from choir, to catechism teacher, to now serving on the pastoral council. In her role on the pastoral council, Chelsey is part of determining the future for the church. She has spoken to college students about performing research for political science and the value of education and helping others. Serving on the Board of Directors for the Louisiana Clerks of Court Association provides Clerk Chelsey with exciting opportunities to network with clerks of court across the State of Louisiana and participate in the advancement of policies throughout the state.

Thank you for supporting the campaign to re-elect Chelsey Richard Napoleon for Clerk of Civil District Court. 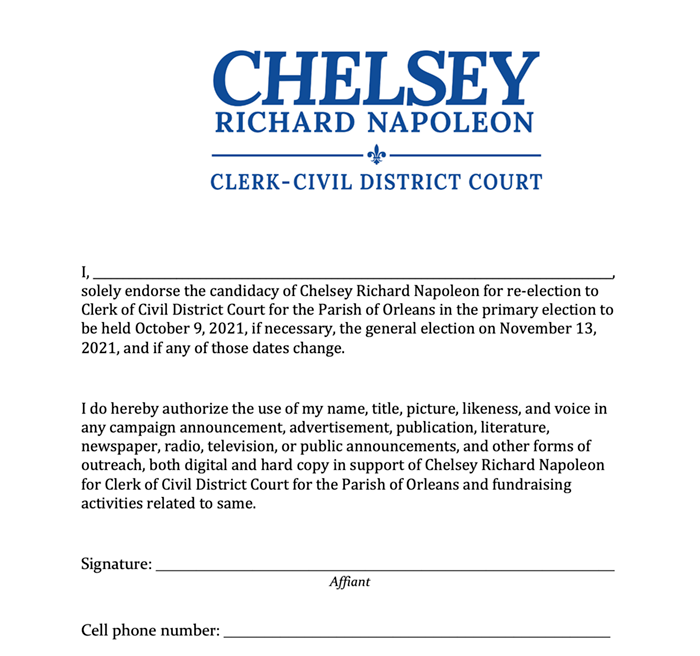 PAID FOR BY THE COMMITTEE TO ELECT CHELSEY RICHARD NAPOLEON